With high energy on a beautiful day, Burke Marketing Corp. (Nevada, Iowa) took the time to celebrate our 125th Anniversary with festivities that included games, surprises and delicious food! 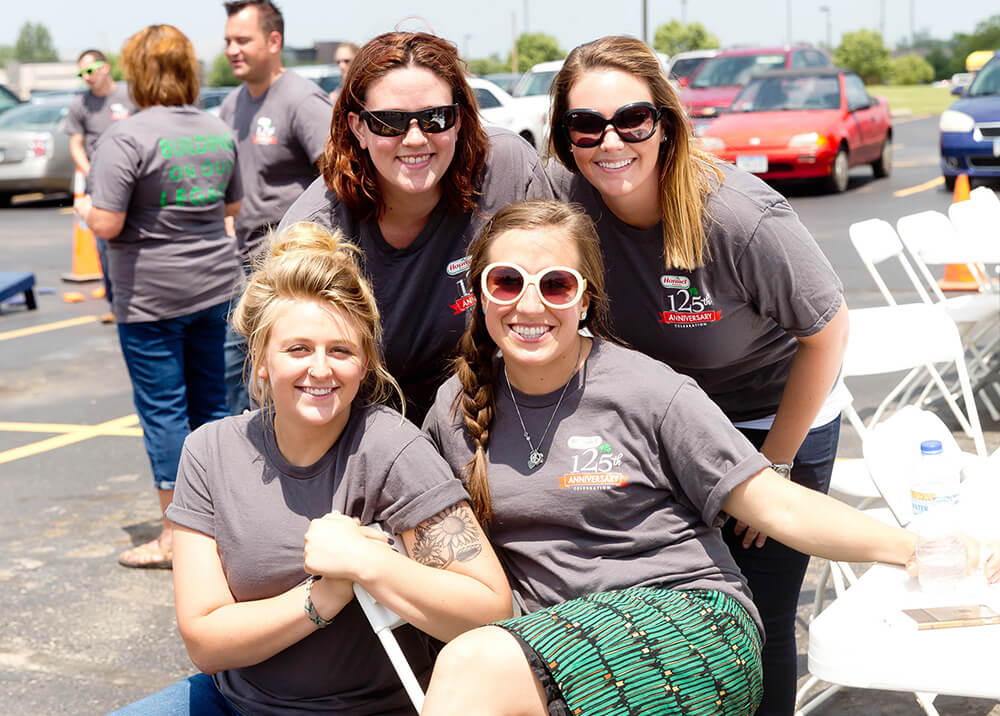 On Wednesday, June 22, 300 employees attended a celebration held at the Burke Marketing’s corporate office in honor of the 125th Anniversary of Hormel Foods. All attendees received a 125th Anniversary T-shirt and drinkware to commemorate the day. We might be biased, but we think they are a pretty spiffy looking group! 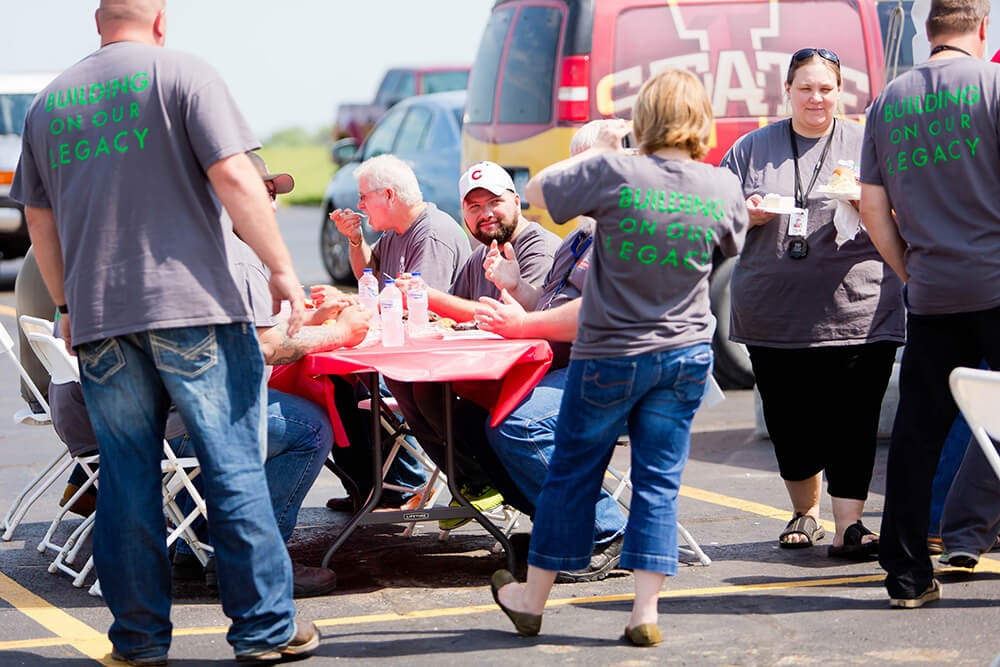 The event included a catered lunch of ribs, chicken, pasta, coleslaw and of course, cake! Employees were able to participate in activities such as giant connect four, kerplunk, jenga and bean-bag toss. 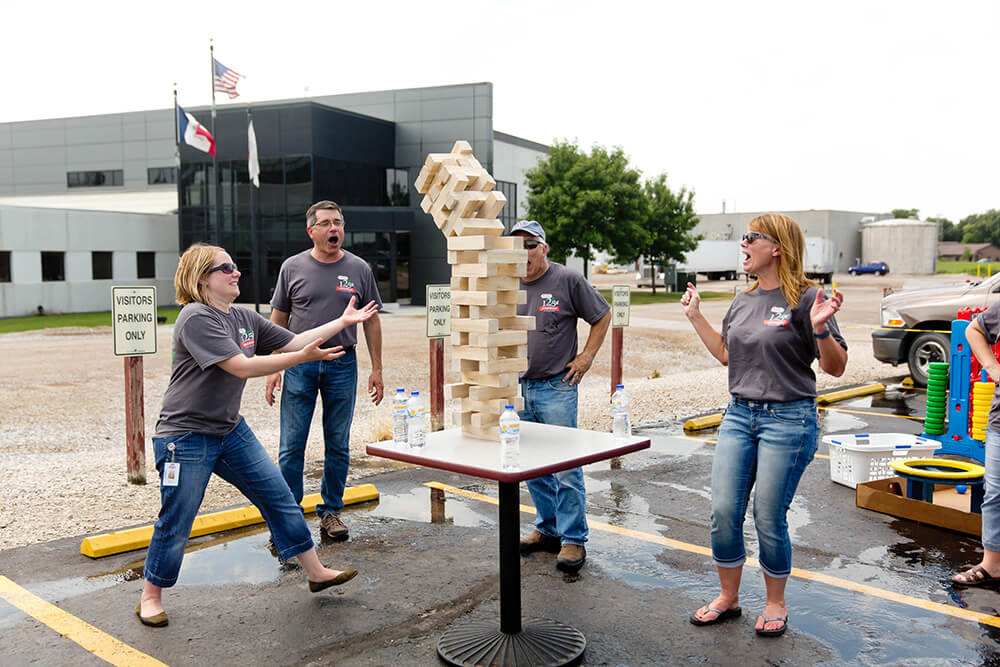 Perhaps the most highly anticipated activity of the celebration was the dunk tank. The dunk tank was used to raise money for the Crisis Assistance Relief Effort Program (C.A.R.E), which is designed to help employees and their families in emergency or hardship situations. Employees paid to vote from of a list of willing participants to be dunked. At the end of the event, a generous $400 was donated to C.A.R.E. 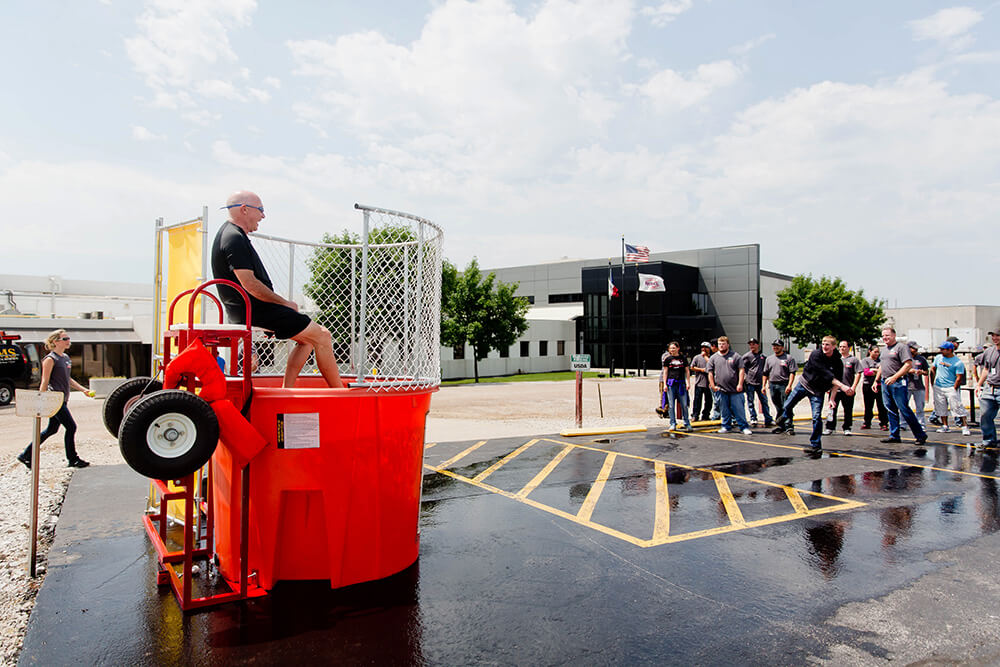 What a way to celebrate our 125th Anniversary. Way to go Burke Marketing Corp.! 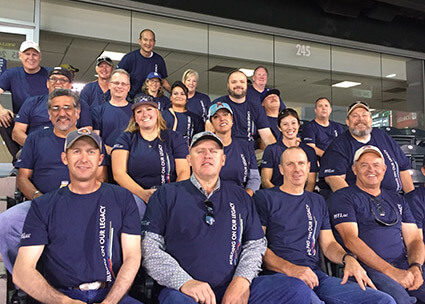 PFFJ Has Four Times The Fun 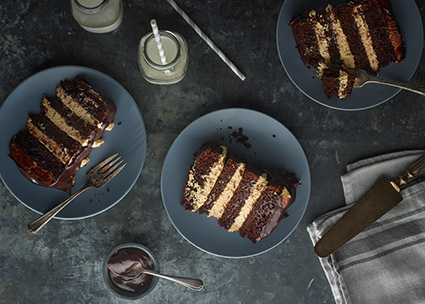