The growth of Hormel Foods through acquisitions and joint ventures has been an important part of our history. These actions have allowed us to stay up to date with demographic changes, increase production capacity and improve the efficiency of operations. 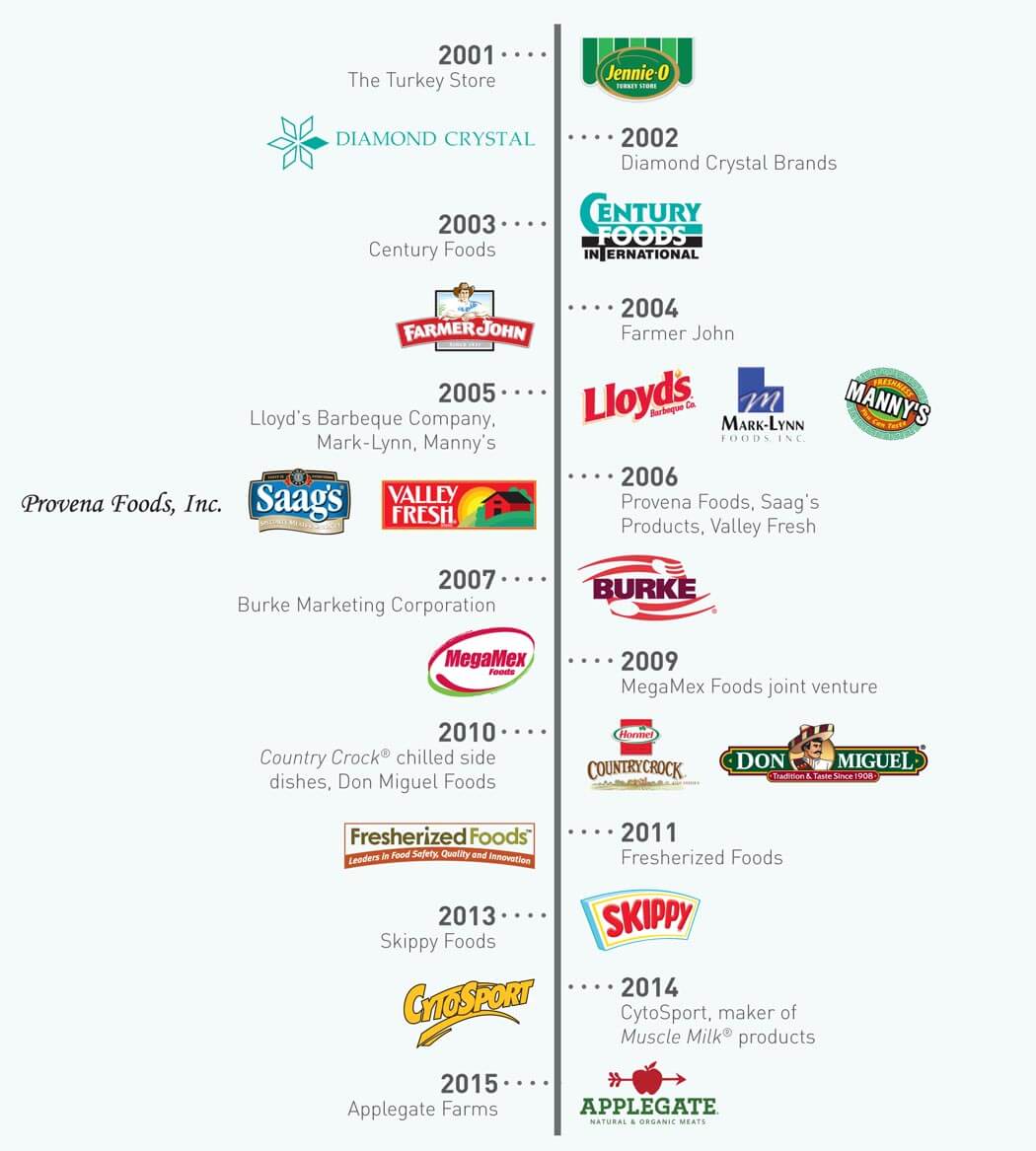 Hormel Foods has found that by matching overall growth with internal expansion, we can help strengthen our market position in highly competitive industries. Our joint ventures abroad have provided an opening for new international markets and accelerated overseas growth. Hormel Foods continues to be on the leading edge when choosing to enter new fields, such as capitalizing on changes in consumer diets, as demonstrated in recent acquisitions.

Since 2001, Hormel Foods has made over a dozen acquisitions in various protein categories. Additionally, the joint venture creation of MegaMex Foods (Orange, Calif.) has led to multiple acquisitions of its own. This has allowed for the diversification and broadening of the company’s portfolio.

To date, the company’s largest acquisition has been Applegate (Bridgewater, N.J.) in 2015, expanding the company’s stake in natural and organic proteins. Other recent acquisitions allowed the company to further expand into non-meat proteins, including CytoSport, Inc. (Walnut Creek, Calif.), maker of the Muscle Milk® brand in 2014, and Skippy Foods (Little Rock, Ark.), maker of SKIPPY® peanut butter, in 2013.

The Applegate® brand joined Hormel Foods in August 2015. As the No. 1 brand in natural and organic meats, Applegate has a strong following among its fans. See how the team at Applegate is following through on its mission of “Changing the Meat we Eat.” 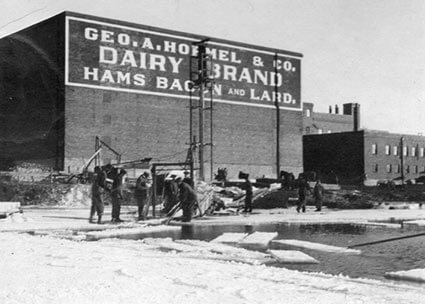 The Evolution of a Logo