The company known today as Hormel Foods began in Austin, Minn., 125 years ago. 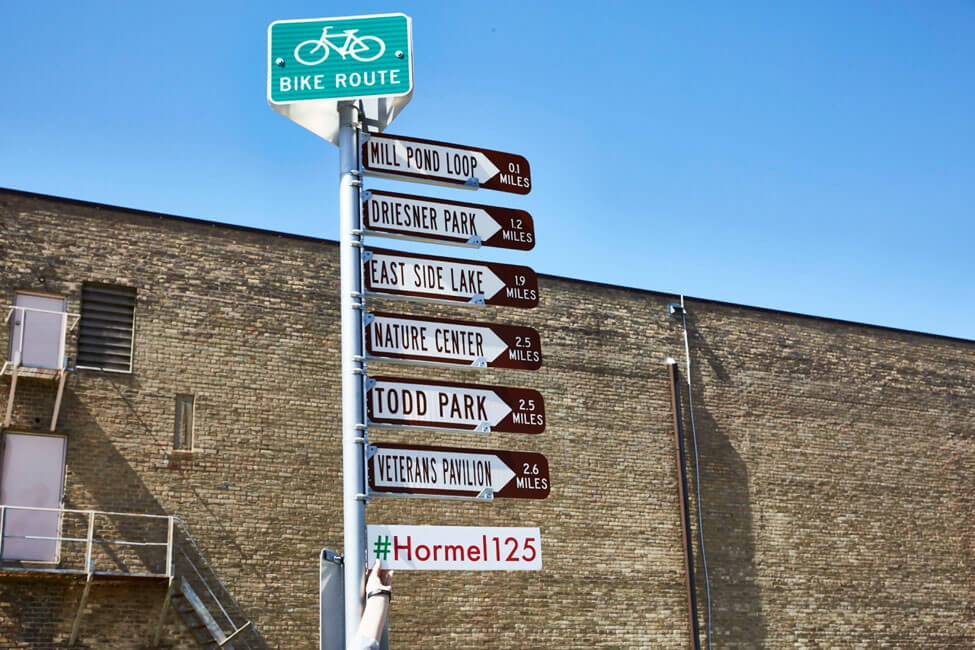 When George A. Hormel came to Austin in 1887, the town was small but thriving. Hormel chose Austin as the site of his first entrepreneurial venture because he was familiar with the area due to his time buying hide in the northern Iowa and southern Minnesota regions. Established as Geo. A. Hormel & Co. in 1891, the company began as a market on Mill Street and a packinghouse with one employee.

As the company grew, so did its presence in Austin. While the provision market closed many years ago, there are now eight company locations within city limits, with an ninth scheduled to open in the fall of 2016. Amongst them is a flagship plant boasting over one million square feet, a research and development facility, the SPAM® Museum and two corporate office buildings – including the global headquarters building.

Hormel Foods has made a continued commitment to stay headquartered in Austin, a factor that sets us apart from many Fortune 500 companies. Our employees support the community by giving back through donations to the Salvation Army, the United Way and other organizations supporting city residents.

You can learn more about the city of Austin by visiting http://www.ci.austin.mn.us/