The CytoSport, Inc. (Walnut Creek, Calif.) team brought to life their “Every Day is Game Day” cultural belief by heading to the ballpark to catch an afternoon Oakland A’s professional baseball game together. The agenda included team building, celebrating the 125th Anniversary of Hormel Foods and singing along on the big screen to ballgame classics. 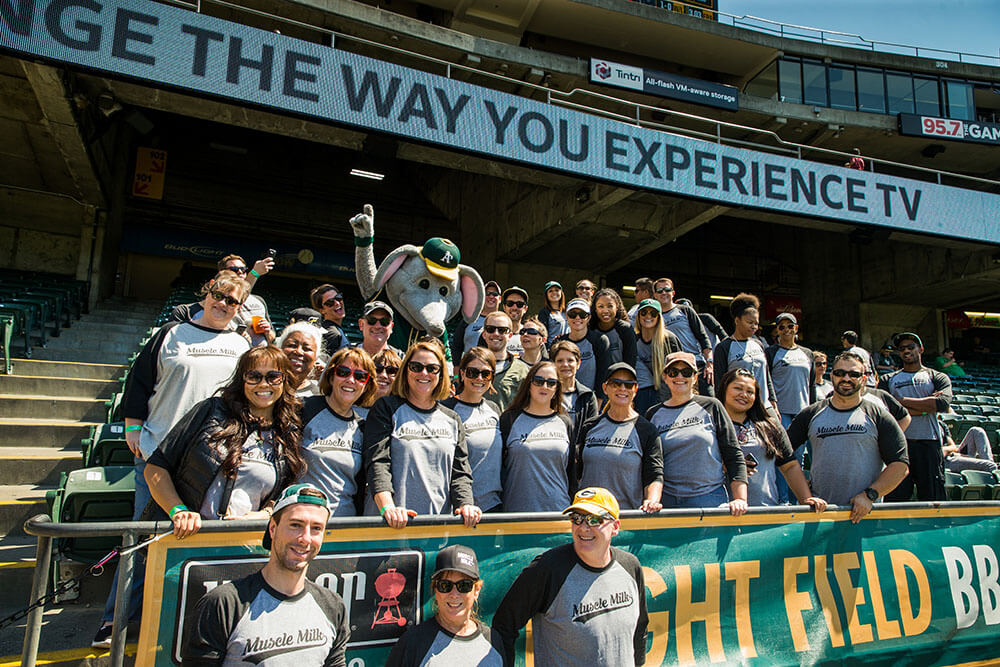 Employees from the CytoSport corporate office shared an afternoon rooting on the home team, enjoying a lunch of ballpark burgers and hot dogs, and hanging out with Stomper, the beloved mascot for the Oakland A’s. 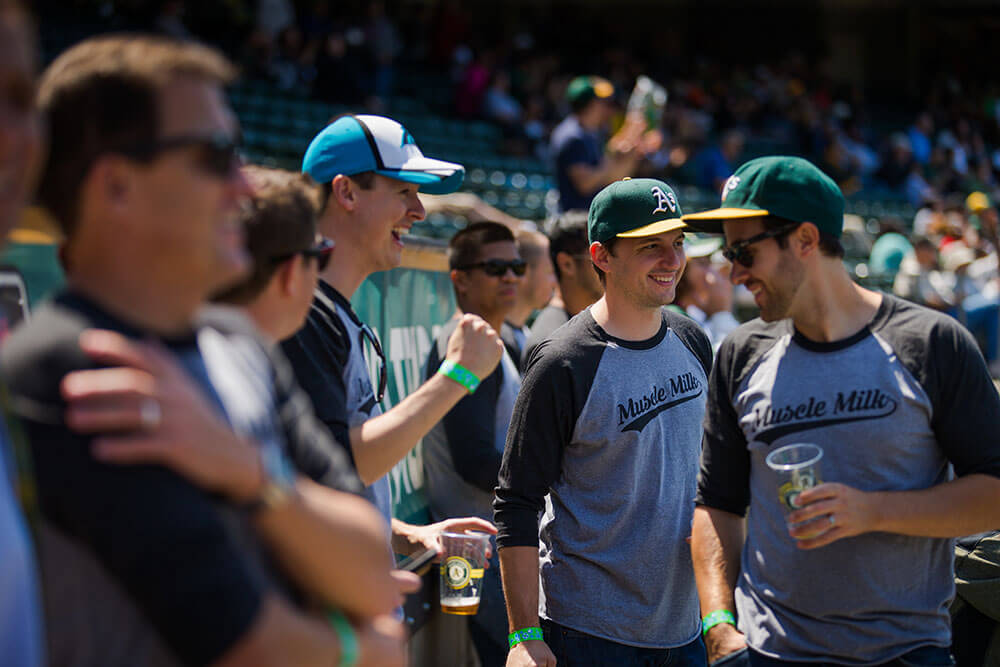 The top of the fourth inning featured a message on the big screen giving a shout-out to the group’s celebration of the epic 125th year of Hormel Foods! 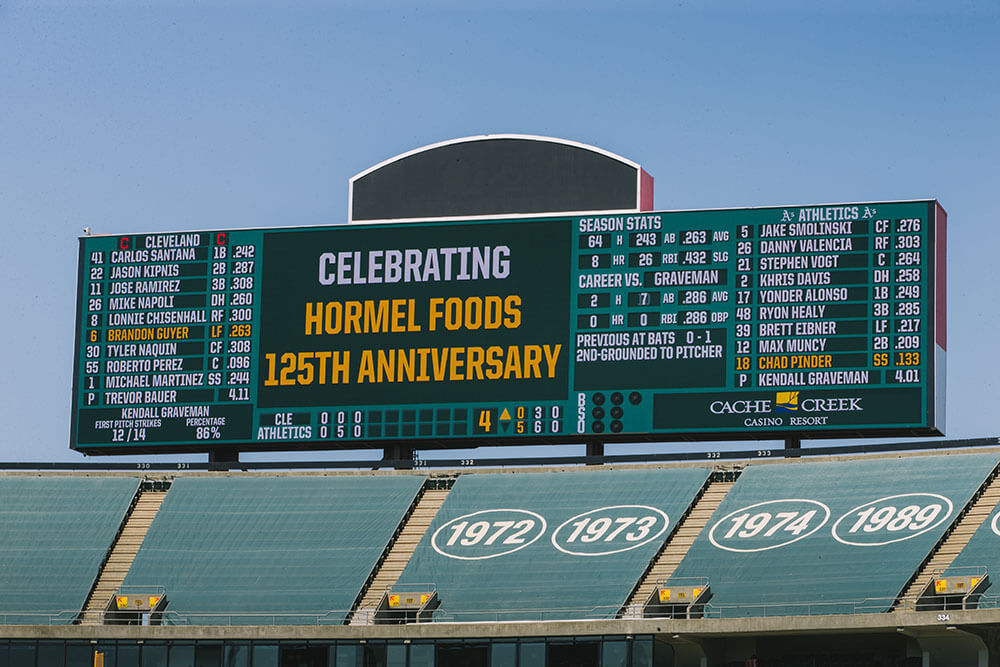 The CytoSport crew joined the mascots and emcee on the big screen as they led the traditional seventh inning stretch with the “Take Me out to the Ballgame” song. The team then showed off their dance moves, including a memorable performance by a certain Mr. Orcutt. 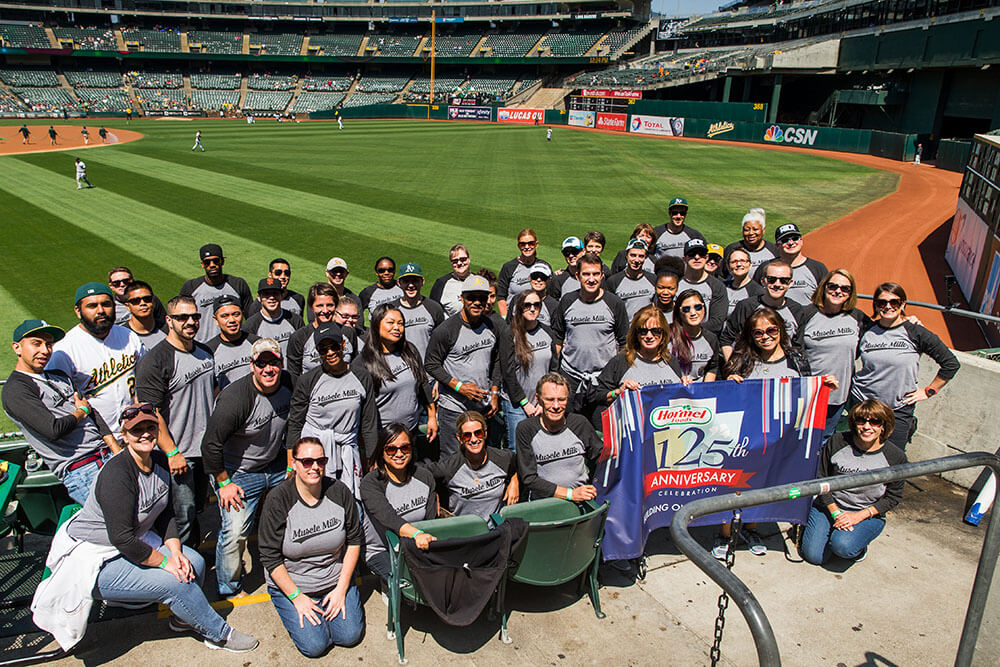 In addition to spending a day at the ballpark, the organization made a product donation to the Alameda County Community Food Bank in California. The Muscle Milk® branded van, packed with over 1,000 pounds of protein powders and ready to drink shakes, dropped of the donations in style to help fight hunger in cities around the state. 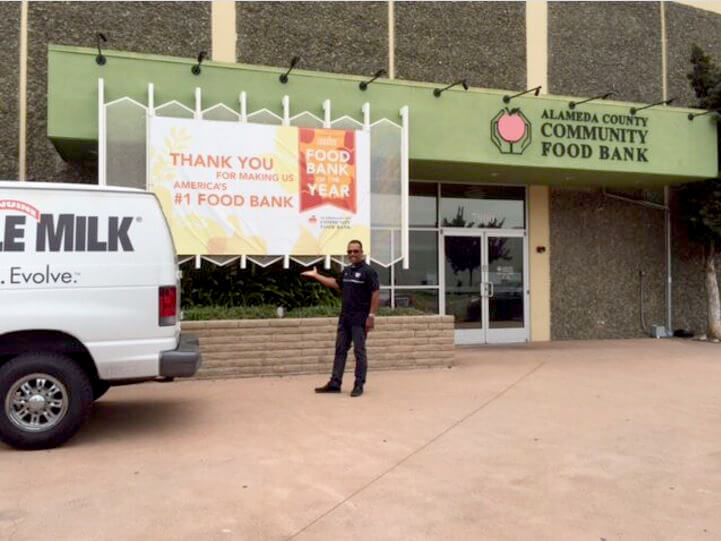 Way to go CytoSport team! Next time, we’ll come bust a move with you! 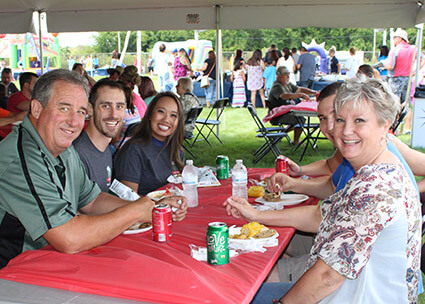 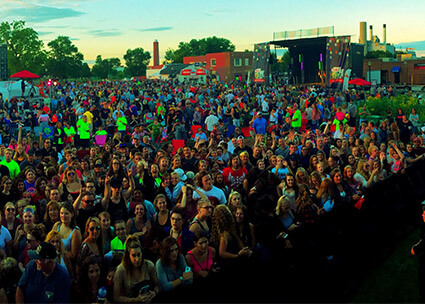